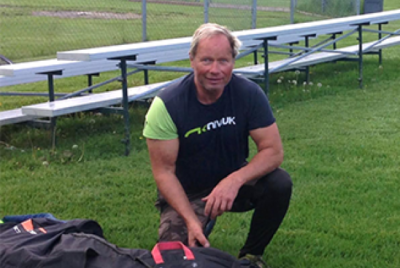 Al Thielmann has been paragliding for over 14 years.  With his passion for free-flight he decided to establish a new paragliding site in the mountains above the Miracle Valley, a few minutes east of Mission and overlooking Stave Lake.  This paragliding site, Mt. St. Benedict, is a welcome addition to the Lower Mainland area as it relieves overcrowding from nearby paragliding spots and also provides excellent flying in August and September.

After the success of the initial site near the summit of Mt. St. Benedict, Al has begun work on a new “Lower Mt. St. Benedict” takeoff.  This new additional takeoff, when finished, will be suitable for both paragliders and hang gliders, and will be accessible earlier in the season when the higher original takeoff is still snowbound.  It will also provide a quicker turnaround for student teaching so students can maximize their learning.

Al has also been instrumental in creating and maintaining a positive relationship with the landowners in the valley to provide a landing zone, as well as for training and student purposes.  Because of Al’s work, the local paragliding community now has keyed-gate access to the logging road, as well as support from the local landowners, businesses, and flying schools. 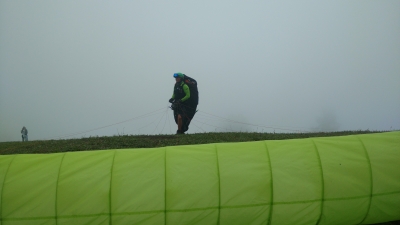 Al getting ready to fly in the cloudforests of Colombia.

In addition to Al’s community work, he is also an accomplished cross-country pilot, and has pioneered some amazing paragliding routes in the area.  He is currently the only paraglider pilot to have successfully traversed the wild mountain terrain between Stave Lake and Pemberton, taking off from Mt. St. Benedict, flying north over terrain that would otherwise take days or weeks to traverse on foot, and landing in Pemberton Meadows several hours later.